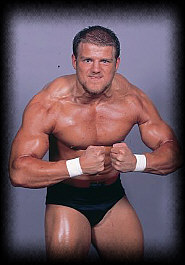 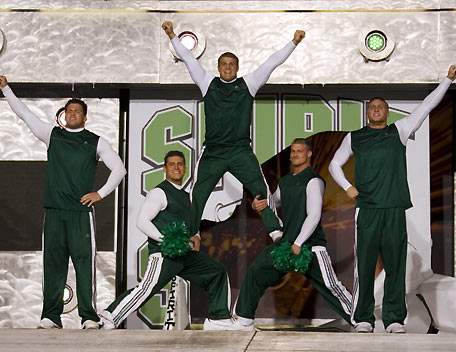 Mike Brenley's wrestling history began at the Critical Mass Wrestling School, which was run by a wrestler by the name of Brimstone (who in turn had been trained by a variety of wrestlers, including Low-Ki, Homicide, and John Tenta). Brenley spent some time working at Critical Mass, earning the name of Livewyre as he grew in skills, both inside & outside the wrestling ring. He took classes like Acting 101, learning the talents he would need to succeed in the wrestling world. From these skills, he became potentially the only member of the training facility to sign a developmental contract with World Wrestling Entertainment, as he headed to Ohio Valley Wrestling in 2003.

Brenley first started to make waves in OVW as Mike Mondo, teaming up regularly with Big Bad John (later known as John Heidenreich on WWE Smackdown). The duo faced many future star wrestlers as they grew in their skills, including Horshu (Luther Reigns), Joey Matthews (Joey Mercury), and others. In the meantime, Mondo was slowly gaining speed, becoming more and more skilled inside the squared circle. Still, he hadn't quite hit his stride yet in the world of professional wrestling.

Mondo's success soon was linked to one person: Kenny Bolin. Mondo soon joined up with Bolin's stable, known as Bolin Services, becoming a heel that used any means necessary to win. His first major appearance was at Crusade Slamfest in February '04, where Bolin introduced him as "The Giant Killer" Mike Mondo. Mondo joined with Carlos Colon (later known as Carlito in WWE) to take on Mac Johnson & Seth Skyfire, with Bolin, confident in his men, putting up $1,000 on the contest (to go to charity if he lost). Early on in the match, Mondo took a shot from Johnson and rolled out of the ring, apparently hurting and asking Bolin if he could leave! Bolin refused, sending Mondo back in, who then got the advantage in the match. Eventually, near the end, Da Beast (another Bolin Services member) helped out, bodyslamming Johnson while the ref wasn't looking. Mondo then dived in for the pin, getting the win and saving Bolin's money.

Mondo next appeared on the February 24th OVW TV Taping, taking on Skyfire again. Once again, Mondo proved he deserved to be there, even if he was using deceitful ways to do it, grabbing Skyfire's tights during a roll-up for the victory. A week later, Mondo, Colon, & Da Beast took on Standing Thunder & Adrenaline (Chris Cage & Tank Toland). The six men brawled throughout the match, with Mondo, despite his size, getting in some good shots. Near the end, Inspector Impact(Luther Reigns) came out and sneak-attacked Toland, but Sean O'Haire, also coming out from the back, pointed out the interference to the referee, who deemed the match a No-Contest. Going into March '04, Mondo, Colon, & Da Beast teamed up again, this time in a Dark Match at March Mayhem against Rob Begley, Rod Steele, & Mike Taylor. Unfortunately, Bolin Services came up short in the untelevised match, losing to the face team.

A week later, Mondo was scheduled to face Steele in his TV debut, only to have Inspector Impact buy the match from Bolin for $500. Impact and Steele then went at it, with Impact getting DQ'ed for using a chair. Mondo then disappeared from OVW for a time, not appearing during April '04 on any of the TV Tapings. Mondo made his big-time return to tv in May, facing off against the OVW Heavyweight Champion, Matt Morgan. Although Mondo didn't seem confident before the match, an offer from Inspector Impact of $5,000 should he win seemed to get him into it. Mondo used every dirty trick he could think of, from using powder to blind Morgan to hitting him with brass knuckles and Bolin's briefcase. Mondo came closest to a win when, while the ref was preoccupied with the Bolin Services valet, Lulu, Big Bad John appeared and smashed Morgan with a chair! But Morgan kicked out of the pin at 2, then took out the smaller Mondo with a huge Chokeslam, ending Mondo's hopes of becoming Heavyweight Champion.

A week later, Bolin Services was in the ring, learning that Bolin was going to have to be in a dunk tank the next week to help raise money for firefighters. During the interview, Big Bad John came out, saying that Bolin owed him $1,000 for the chair shot! Mondo tried to tell John off, but John simply threw him out of the way, then went through the rest of Bolin Services, trying to get to the boss. Mondo's next match occurred at the Six Flags Summer Sizzler Show in late May '04. Mondo, Colon, & Da Beast took on Johnson, Skyfire, & the returning Demond Thompson. Although there were some miscommunication problems during the match between Colon and Da Beast, Bolin helped his team get the win by nailing Thompson with his briefcase, allowing Mondo to get a top-rope splash, followed by Colon getting the pin for the victory.

Bolin Services' winning ways continued on the next OVW TV Taping, as Mondo, Colon, & Da Beast took out Rob Begley, Steve Lewington, & Mike Taylor. Mondo got the win after his top-rope splash on Lewington, sealing the deal. In the meantime, Bolin Services was continuing a feud with Big Bad John, leading to another 6-Man Match signed for the next Six Flags Summer Sizzler Show between Mondo, Colon, & Da Beast and Johnson, Skyfire, & Big Bad John. However, although Bolin himself was confident, the rest of the team seemed to want no part of Big Bad John, especially Mondo, who at one point nonchalantly avoided a tag-in from Colon when John had come into the ring. The team had better luck against Johnson & Skyfire, two men they had faced many times before. In the end, though, John got tagged in again, dominating the Bolin team and eventally pinning Colon after a Chokeslam. An angry Bolin tried to get some revenge with a briefcase shot after the match, but John shrugged it off, then beat down Bolin, leaving Mondo and the rest to have to carry him to the back.

A few days later on the TV Taping, Mondo & Colon took on Adrenaline, with the Bolin Services team looking extremely outmatched. But, once again, the briefcase was a factor, as Mondo DDT'ed Tank Toland on the foreign object and got the surprise pin, scoring the upset. At the next Six Flags Summer Sizzler Show in the middle of June '04, Mondo & Colon once again faced off against Johnson & Skyfire, and once again the briefcase was a major factor. However, this time it didn't go the way Mondo would have liked, as Bolin accidentally knocked out Colon with the case! Skyfire then got the pin, stealing the match. Afterwards, an angry Colon nearly turned on Bolin, but opted to give the pleading manager another chance. A week later on OVW TV, Mondo & Colon got themselves a 'rebound' victory, winning over Adrenaline for the 2nd time (thanks to a Troubleshooter blinding Chris Cage with a soda).

Going into July '04, Mondo continued to be a major player for Bolin Services, once again using the dreaded briefcase to steal a victory from Matt Cappotelli. A week later, however, another briefcase miscue allowed Cappotelli to get a roll-up victory on Colon, evening things up in his fight against Bolin Services. The celebration was short-lived, as Mondo joined Colon in attacking Cappotelli after the match, with Steve Lewington making the save. The two teams squared off at the Six Flags Summer Sizzler Show on July 23rd, '04, with Bolin & Lulu at ringside to help out Mondo's squad. As always, this proved to be the deciding factor, as, after a ring apron collision between Bolin and Lewington, Mondo got the quick pin for the win, taking down Bolin Services' foes.

The feud between Bolin Services and Cappotelli continued through the rest of the month, as Cappotelli had to face Jerome Crony in a match with one arm tied behind his back. Despite Bolin's interference, though, Cappotelli still managed to pin Crony, which meant that he would get 5 minutes with Bolin! However, while the ref was trying to order Bolin into the ring for the match, Mondo suddenly appeared, nailing Cappotelli from behind with the briefcase! Mondo then left the ring, as Bolin quickly entered and dropped an elbow before making the cover, getting the tainted victory over Cappotelli thanks to "the Giant Killer". It was around this time that Mondo's 'little brother', Mean Gene Mondo (known as Gene Snitsky in WWE) began to appear, destroying wrestlers with his size and strength.

Meanwhile, at the last Six Flags Summer Sizzler Show of the season, Mondo & Colon took on Cappotelli and his WWE partner, Eugene. Although Mondo & Colon had Bolin & Crony on the outside to try and 'help' them win, Eugene proved to be too much, as he eventually got the Rock Bottom on Colon for the victory, sending Bolin Services to defeat. A day later on OVW TV, Mondo & Colon again faced off against Cappotelli, who had another new partner: the returning Flash Flanagan. Once again, the new partner was the determining factor, with Mondo & Colon feeling the WhipFlash, followed by Mondo getting pinned by Cappotelli. However, Bolin Services got a boost after the match, as Mean Gene Mondo came out to help his brother, beating down the two face wrestlers to the extreme enjoyment of Kenny Bolin.

A week later, the Mondos worked together, as Mike helped his brother Mean Gene by distracting Flash, allowing Mean Gene to get the victory after a pumphandle slam. Bolin was so impressed, he made an announcement the next week, saying that he would pay $5,000 to any team that could beat the Mondos, a challenge that was quickly answered by Adrenaline. At Fall Brawl II, the two teams went at it, with Mike mostly relying on the strength of his 'little' brother. Near the end, the match broke down into a brawl, with Toland catching Mike in an Abdominal Stretch. While the ref was busy with Mean Gene & Cage, though, Bolin entered the ring and nailed Toland with the briefcase. Right afterwards, Bolin himself was attacked by Toland's cousin, Chad Toland! Chad then grabbed the case and hit Mike with it, only to cause the disqualification, as the referee had turned around to see it. The Mondos won via DQ, saving Bolin's $5,000, although Mike was too unconscious to celebrate right away.

Unfortunately for Mondo, soon after the victory, Mean Gene Mondo (as Gene Snitsky) was called up to WWE, leaving Mike without his partner & brother. Mondo disappeared from OVW television for a time, reappearing near the end of October '04 to take on Elijah Burke. Although Burke got the win with a Sunset Flip, bigger things seemed to be in store for Bolin Services, as Bolin announced the coming of a new member who would dominate OVW. Speculation continued going into November '04, while Mondo concentrated on other things. At the '04 Crusade Rumble, Mondo, Da Beast, & the Heartthrobs (Romeo Roselli & Antonio Thomas) took on Mac Johnson, Seth Skyfire, Johnny Jeter, & Matt Cappotelli, each of whom had their own beef with Bolin Services. It was a competitive match, but in the end, Mondo got caught by Jeter's Johnny Kick and pinned, ending the match. Afterwards, a dazed Mondo got headbutted into a plastic Godzilla, adding insult to injury.

Things continued to not go well for Mondo in the next few weeks, as he & Da Beast were beaten on OVW TV by Jeter & Cappotelli. The situation improved, though, when Bolin revealed his newest discovery: Bobby "Blaster" Lashley. This gave Mondo another strong partner to lean on, something that Mondo always seemed to like to do. Mondo also apparently was Lashley's trainer, according to Bolin, who said that Lashley would run over five miles every morning with Mondo on his back! Bolin later started a deal where he would pay wrestlers $100 for every minute that they could survive against Lashley, even as Mondo trained him up to speed during the rest of the year.