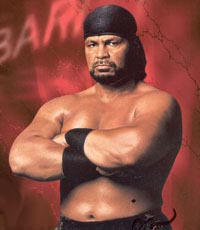 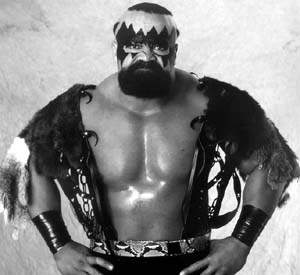 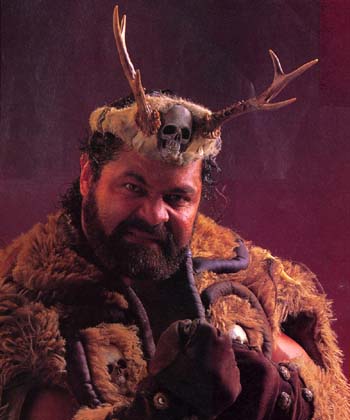 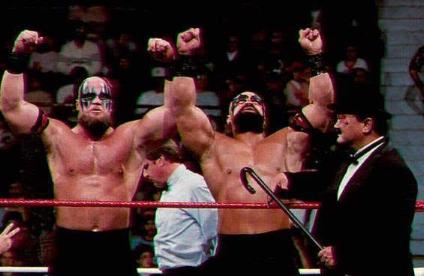 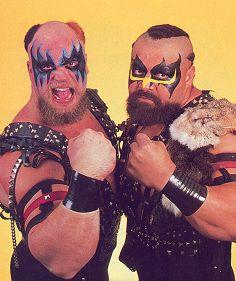 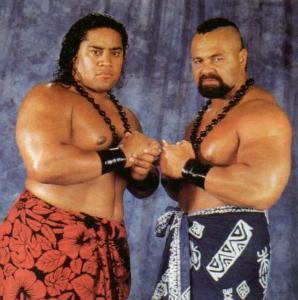 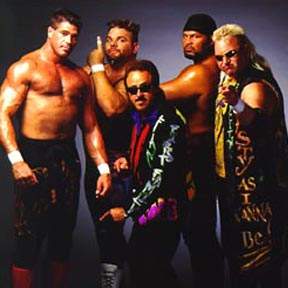 
History: Sione Vailahi has definitely had an interesting wrestling career, in many different organizations. A former Sumo wrestler, Vailahi then wrestled some in Memphis and other places as King Konga. This later became Konga the Barbarian, then was shortened to just the Barbarian. The Barbarian has mainly made his fame as a tag-team partner in various promotions. He was the partner of Steve DiSalvo in Florida, as the Untouchables, but this team did not last long.

The Barbarian's fame grew when he becan to team with the Warlord as the Powers of Pain in the NWA. The two, along with Ivan Koloff, won the NWA 6-Man Tag-Team titles from Dusty Rhodes, Hawk, and Paul Ellering (who was subbing for Animal at the time). The belts were vacated later that year, however, when the Powers of Pain jumped over to the WWF. For a while, the Powers of Pain were one of the hottest tag-teams in the organization, wrestling first as fan favorites, then turning on the fans by joining up with Mr. Fuji at the '88 Survivor Series, leading to a long-running feud with Demolition. Later on, when the team broke up, the Barbarian wrestled on his own, with little success despite his great size. When the Barbarian left the WWF, he soon traveled overseas. I know he teamed at one point with Scott Norton as the Jurassic Powers. He wrestled in New Japan for a while, then returned to the WWF, as a member of the New Headshrinkers. Again, though, this team was mainly a mid-card team, and the Barbarian soon reappeared in WCW.

The Barbarian quickly joined up as a member of Jimmy Hart's stable, teaming sometimes with Hugh Morris and Meng. The stable was an on-again, off-again grouping, with the Barbarian and Meng resorting to attacking each other at one point. In the beginning of '99, Hart pulled the group back together, calling them the First Family. Meng and the Barbarian (the Faces of Fear) seemed to be a strong possibility to win the Tag-Team Title Tournament, but the Barbarian surprisingly betrayed Meng, kicking him, literally, out of the First Family. That started a mid-card feud between Meng and the Barbarian, which Meng eventually seemed to win. This is as far as the Barbarian's push got, as he would later depart from WCW. The Barbarian later went down to Australia and wrestled some in i-Generation Wrestling, but information becomes sketchy on what the big Tongan did next.

Since then, the Barbarian has wrestled in many different independent organizations, spending a lot of time with NWA Mid-Atlantic Championship Wrestling, among others. After 20 years in the business, Sione still competes when he can, usually reuniting with wrestlers like Meng or the Warlord in tag-team affairs.